FAI referee Isreal Ibeanu, who moved to Ireland as a child, on friendship, racism and solidarity. 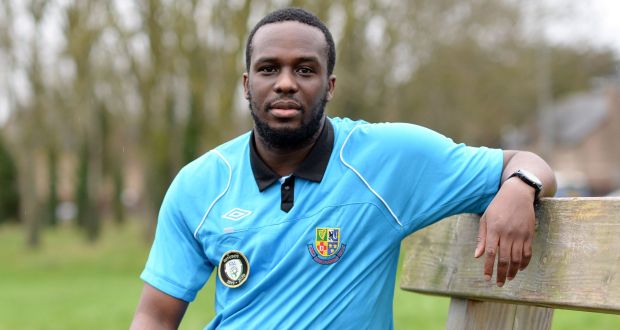 Isreal Ibeanu, who came to Ireland as a child from Nigeria and is now an FAI referee. Photograph: Dara Mac Dónaill

The first time Isreal Ibeanu refereed a soccer match, he felt respected in a way he had never experienced before. It was a local team, and the players were children, but Ibeanu felt important.

“It was a feisty match, and the parents were shouting at me, but the manager kept saying leave the referee alone. For once it felt like someone was defending me. I felt this is how life should be: I should be getting this respect not just as a referee but as a human being. There was also a sense of belonging, that I could finally identify as a member of society.”

Ibeanu started playing soccer long before he moved to Dublin, in 2004. Born and brought up in Lagos, he left Nigeria as a child, as his mother wanted to find better opportunities for her family.

“My mum came here ahead of me, and that was tough. But she wanted to give me a chance in life. It was so cold when I arrived; everything seemed so surreal. But it was also exciting to be with my family again. I felt relieved and safe; I was back with my mum.”

“I remember the older kids bringing my lunch to the teachers’ lounge to get it heated up. Everyone was welcoming. No one had been moulded into anything bad yet. We were all just kids having fun”

Ibeanu was enrolled in first year of the secondary school in the west Dublin suburb of Ongar, where his family lived. He was the only black child in his class; his schoolmates and teachers were friendly and welcoming. “I remember the older kids bringing my packed lunch, which was rice and stew instead of sandwiches, to the teachers’ lounge to get it heated up. Everyone was welcoming. No one had been moulded into anything bad yet. We were all just kids having fun.”

As time passed, however, Ibeanu started hearing and seeing things that made him question how welcome he really was. In second year a friend suggested they take a longer walking route home, to avoid passing through a housing estate where the friend had recently been beaten up.

Ibeanu learned he needed to get home before dark in order to avoid running into the older brothers of some of his schoolmates. He saw graffiti with the words “n*****s out” emblazoned on the walls of the local park.

“That area was notorious. The buses wouldn’t even drive through, because they threw stones at the windows. It was bad for everyone, but it you were black it was even worse.”

Ibeanu was in his mid-teens when he started playing for Insaka football club, a team set up to give black youths in west Dublin a safe place to work on their soccer skills. The team became unbeatable, which did not go unnoticed by members of the older boys’ gangs. “They started to see us as cool and admired us more. They realised we weren’t so bad; we used sport and being musicians to integrate.”

“If someone shouts racial abuse at me on the street I can’t shout back and say I’ll report you, because nothing will happen. But on a football pitch I’m protected”

The three years Ibeanu spent playing with Insaka are “some of the fondest memories” of his life. When he stopped playing before the Leaving Cert, he lost all motivation and felt his life had been “derailed”. When a friend from the local Youthreach centre suggested he train as an FAI referee he agreed to give it a go.

From the very first match, he was hooked and started undergoing the training to rise up through the grades. He also became involved in athletics and joined Clonliffe Harriers. “The athletics was going really well, and I was running really good times. I also moved to Letterkenny to study food science and nutrition, and came back at the weekends for sport. Everything had started to click into place.”

After a year in Letterkenny, Ibeanu returned to Dublin and did a PLC course in social care. He’s now in his final year of studying applied social studies at TU Dublin Blanchardstown and has been working as a healthcare assistant in a mental-health hospital for the past five years. “It was like I walked into something I was naturally good at – wanting to help people progress. Even though my life didn’t always feel 100 per cent, I was good at this.”

Ibeanu continued to referee with the FAI and found many younger players of colour would get excited when he was chosen to referee their match. “One of them told me, ‘I can finally speak in my dialect without feeling intimidated.’ I can relate with those players, I know how to deal with them.” 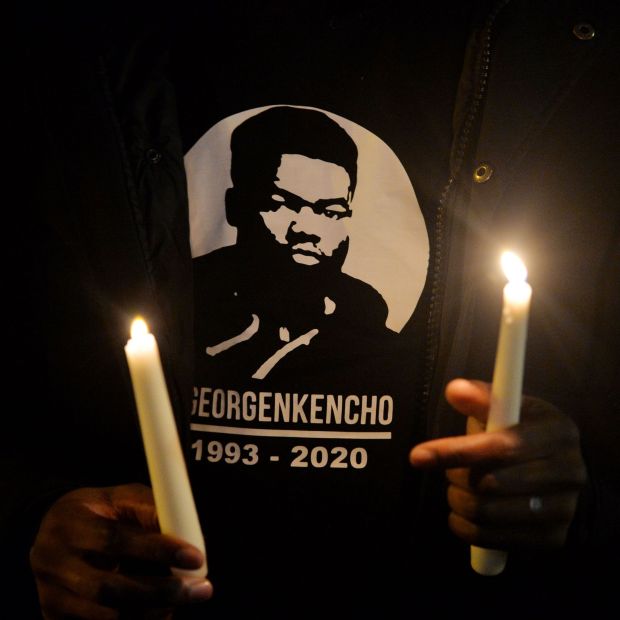 While he recently assistant-refereed at an international under-17s women’s game, he’s keen to cover more matches in the national premier division Airtricity League. “I want to be the best referee I can be, and the only way to do that is to get into those games,” he says, adding that he has never been racially abused on the pitch.

“Being a referee, I feel like I’ve gone up the social ladder in life. When I walk on to a football ground I feel like I’m important and I matter. This is something that should be happening in normal society: people should treat me like this without being a referee. If someone shouts racial abuse at me on the street I can’t shout back and say I’ll report you, because nothing will happen. But on a football pitch I’m protected.”

Ibeanu has also set up his own athletics club, in Blanchardstown, called Titans, to “bring the African diaspora together and make a safe haven for them to train and build resilience”. He also plans to reach out to young people living in direct provision to join the club.

He believes much stronger efforts will be needed to integrate young black teenagers into Irish society in the wake of George Nkencho’s death. Nkencho, who was shot dead by gardaí in Clonee in late December, and Ibeanu met in their early teens and became friends through Insaka FC.

“I know we’re in a pandemic, but with a tragedy like George Nkencho’s death you’d expect the whole community to come together. There’s obviously a divide, and it’s created anger”

He worries that a decade of work to integrate the migrant community into Dublin is now falling apart. Many young people were disheartened that most of their white friends and schoolmates did not take part in the protests that followed the shooting, he says.

“I know we’re in a pandemic, but they needed to see that solidarity. With a tragedy like this you’d expect the whole community to come together, but there’s obviously a divide, and it’s created anger. These kids are born here, they’re Irish and they just want to fight for equality, but they’re feeling now their fight doesn’t matter.

“I don’t want it to go back to a time when the black kids were on one side of the school yard and the white kids were on the other. It’s taken a long time for us to come together.” 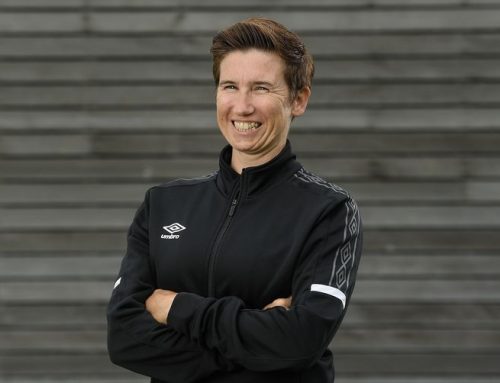 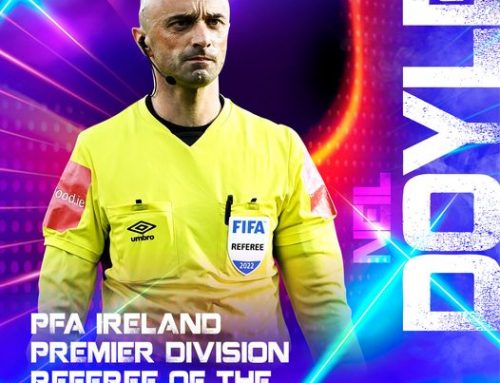 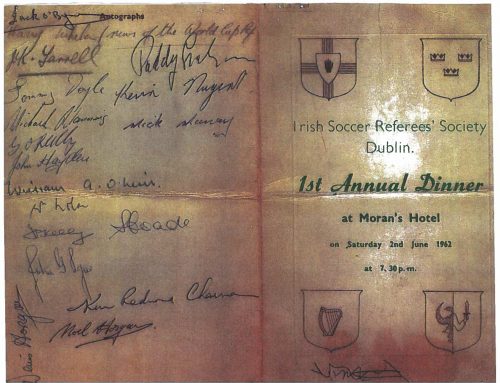 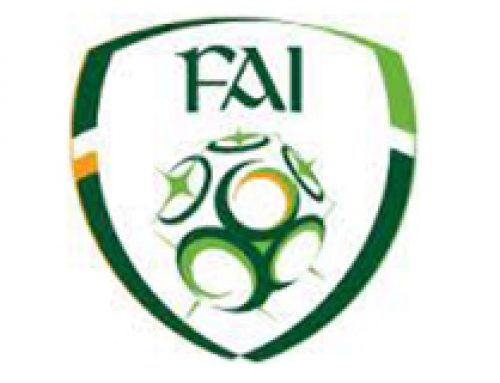 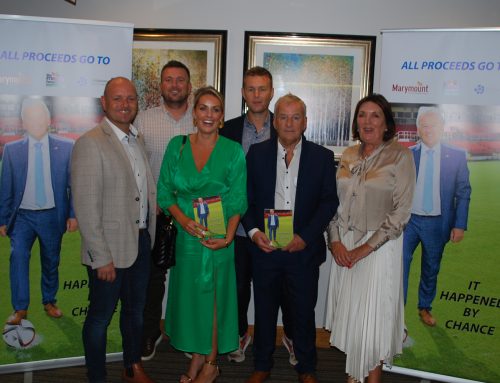