No Ref No Game

The NO REF NO GAME imitative will continue for the Extra.ie FAI Cup 1st Round fixtures due to take place on the weekend of 31st July 2022. 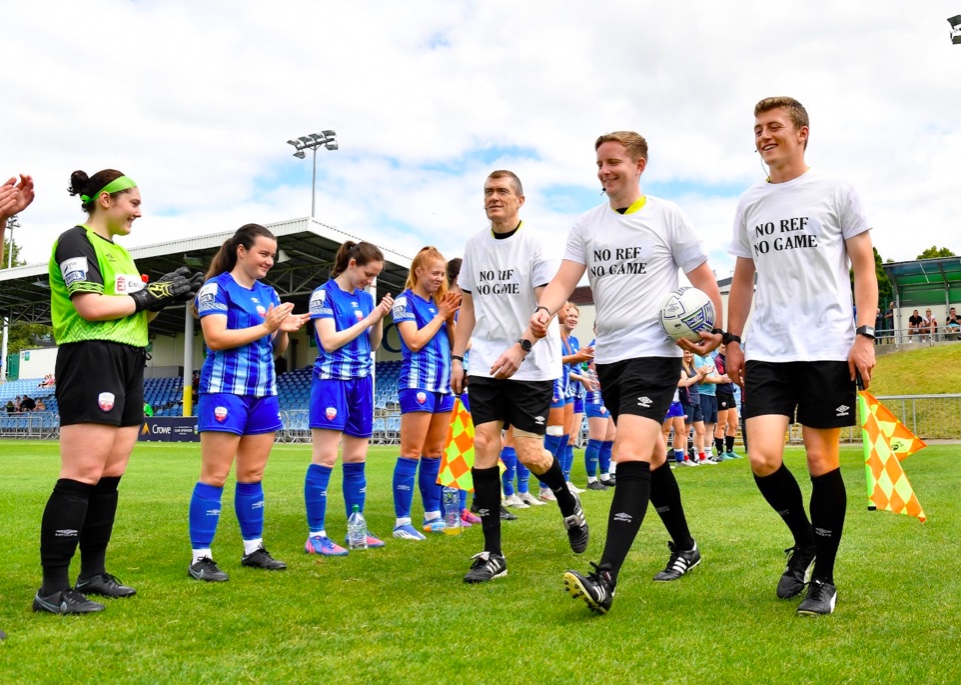 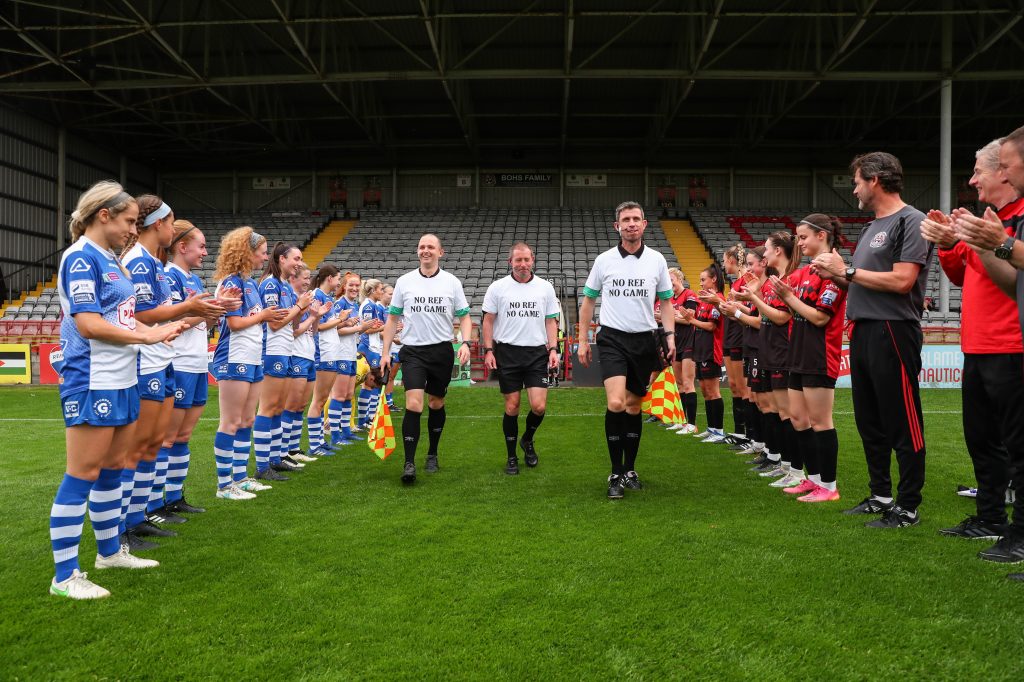 9 July 2022; Players from both teams perform a guard of honour for referee Rob Dowling and his officials as part of the #NoRefNoGame campaign before during the EVOKE.ie FAI Women’s Cup First Round match between Bohemians and Galway WFC at Dalymount Park in Dublin. Photo by Michael P Ryan/Sportsfile